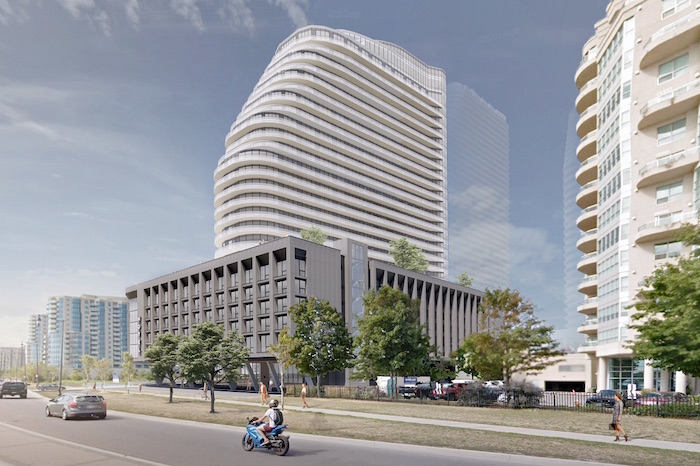 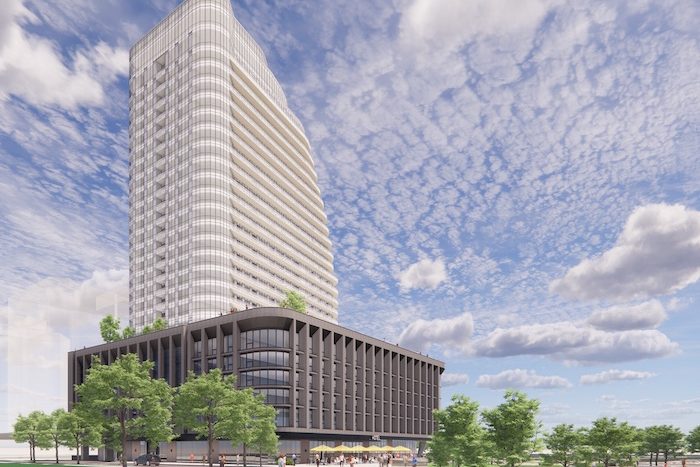 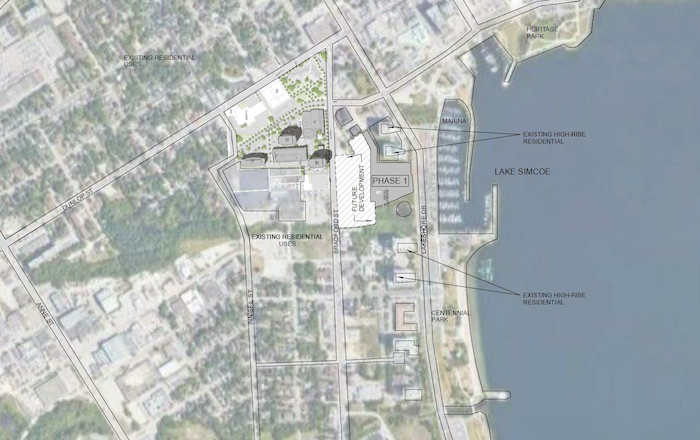 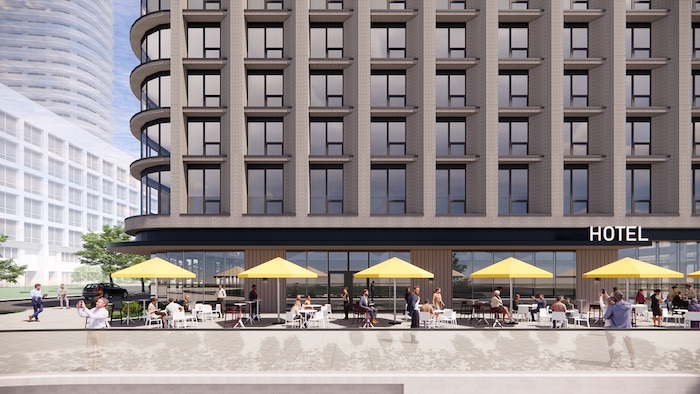 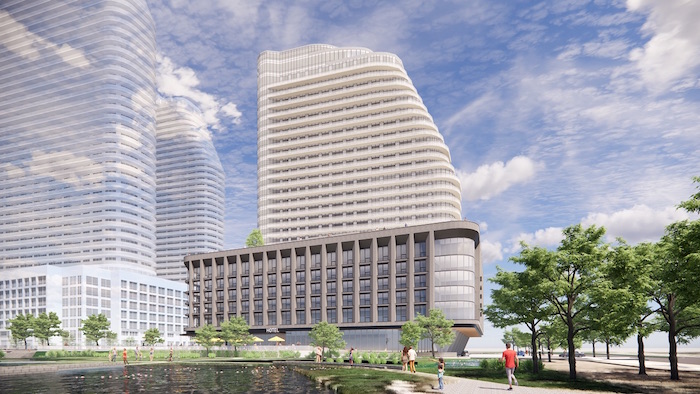 SmartLiving’s plan for a new lakeshore condo development in Barrie is set to give this fast-growing city a highly recognizable landmark. At the same time, residents of these new condos (which sit at 51 Bradford St) will be able to easily access all that the city has to offer, from retail amenities to transportation & leisure options.

The first phase of SmartLiving’s condo development on Barrie’s lakeshore will include a 25-storey tower. The building’s first seven floors will house a 150-suite hotel space, with the remainder being home to 230 residential units. While a detailed unit mix has not yet been released, 73% of units are planned to have two or three bedrooms (with the remainder being 1-bedroom units). Space for restaurants has been allocated at street level.

Upon full completion, four condo towers will be built, with the remaining three rising to heights of 41, 38 and 35 storeys, respectively.

Barrie’s lakefront (as well as its adjoining downtown neighborhoods) is primed for redevelopment, and these new condos are set to be a major local landmark – while also giving community residents easy access to all that the surrounding area has on offer:

Barrie Transit provides local bus service along all major thoroughfares in the area, with many routes connecting at the agency’s downtown transit terminal. To the south, Allandale Waterfront GO station is within walking distance, and allows for a one-seat bus or train ride all the way to Downtown Toronto. Bus and train service runs all day seven days a week, and is poised for future upgrades as part of the GO Expansion plan. For drivers, Highway 400 is just minutes to the west. 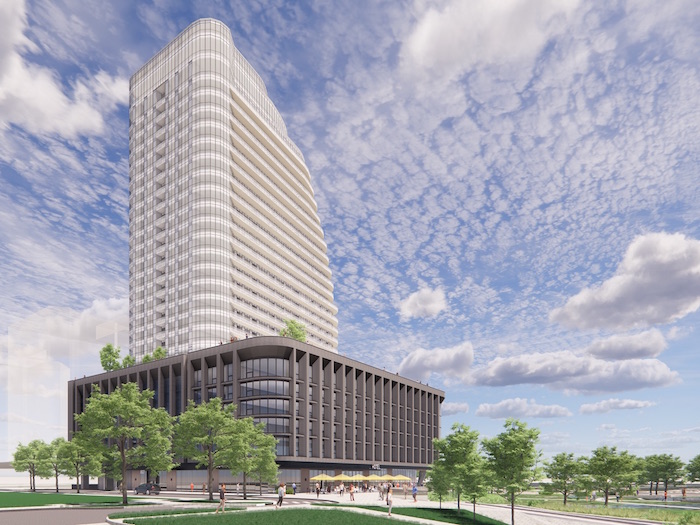 Epitomizing The Future of Barrie

Smart Living’s new condo development on Barrie’s waterfront will continue the city’s transformation into a walkable, thriving city that is a destination in its own right. Smart Living, combined with some of the city’s best transit coverage, is sure to make units in this new community highly sought-after upon their release. As a result, interested buyers are highly encouraged to register online for the latest information regarding prices & floor plans.

SmartLiving is a new division of SmartREIT (the abbreviated name of Smart Centres Real Estate Investment Trust), which itself was formed after a merger between SmartCentres and Calloway REIT, and the combined company began to manage all phases of the developm[more]
full info

A major property manager in Ontario and Quebec, Greenwin Corp was founded in 1948. In its early history, the company was a major builder of new homes and condominiums, with over 10,000 units to their name. Today Greenwin works closely with a variety of develo[more]
full info