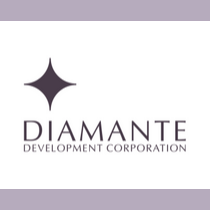 Diamante Development Corporation sets itself apart from its competitors through sheer boldness-taking risks when no one else would dare do so. Take for example the story of One Balmoral Avenue. In the early 1990s, when Toronto was mired in a deep recession, the company pushed through with the site’s development. The result: a 133-unit condo development that transformed the Yonge/St. Clair area-and a new name in the top tier of Toronto developers. Since then, Diamante has helped contribute to the growth of Toronto’s skyline through numerous distinctive buildings. The company holds an “Excellent” rating from Tarion Warranty Corporation and has also been a three-time winner of BILD’s Grand Sam Project of the Year award-an unprecedented achievement.

Diamante Development Corporation has prided itself on blending functionality with visual appeal in all of its projects. They work closely with the top architects and interior designers, and together they craft a shared vision for each development. Starting with One Balmoral and continuing to the present day, the company strives to provide high levels of livability for their buyers. To do so, their sites includes common spaces designed to foster a sense of community and togetherness. In addition to providing a high quality of life for their residents, Diamante also aims to improve the neighborhoods of which they are a part, and has donated to numerous local charities.

One City Hall. It would be hard to find a more centrally located condo than one in this 16-storey development. The construction of One City Hall allowed Diamante to bring residential units to a neighborhood previously lacking them. Inside, the building’s amenities include a pool, a sauna and a 24-hour concierge.

The Florian. Located in the heart of Yorkville, the Florian adds a modern flair to one of Toronto’s most exclusive neighborhoods. In order for the 25-storey building to better blend with the surrounding community, a four-storey podium has been built at street level. Transit accessibility is some of the best in the city, and high-quality restaurants dot the area. In addition, residents and their guests can take advantage of the building’s indoor pool, rooftop garden and fitness centre.

One Balmoral Avenue. Predating Toronto’s condo boom by over a decade, One Balmoral is a perfect example of how new developments can anchor a neighborhood. The building includes retail shops at street level and a design that fits with the area’s architectural styles. In addition, residents can enjoy a terrifically landscaped rear garden. 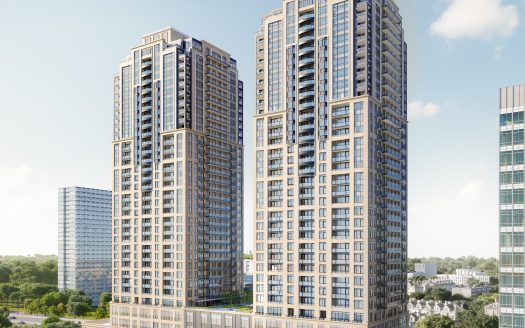 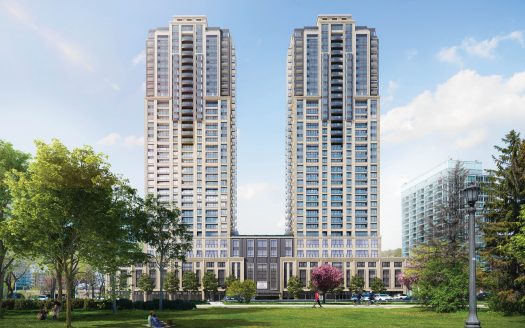