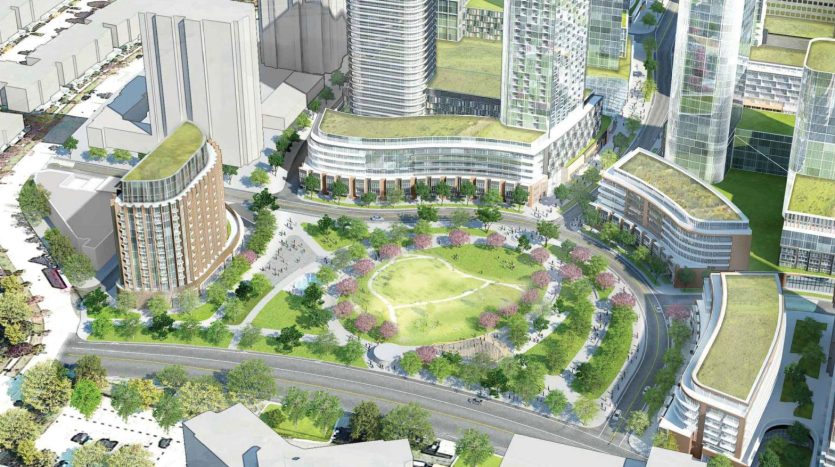 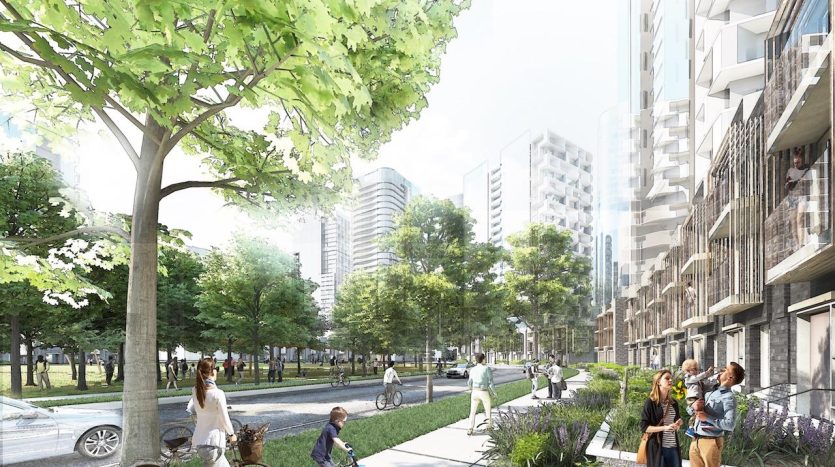 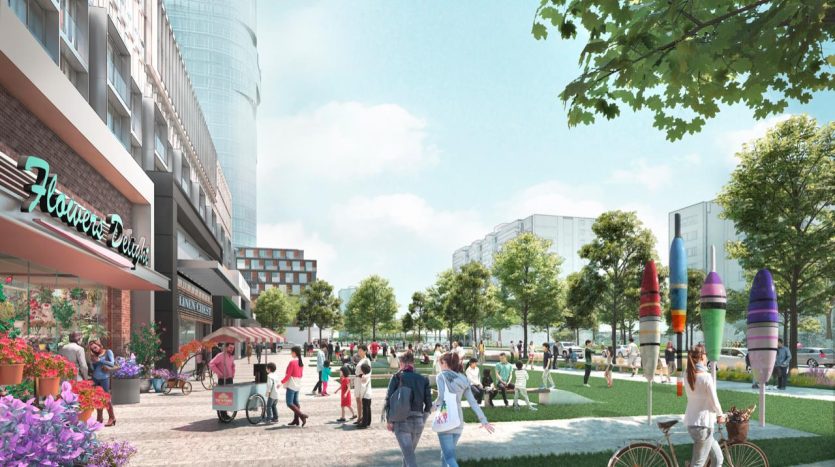 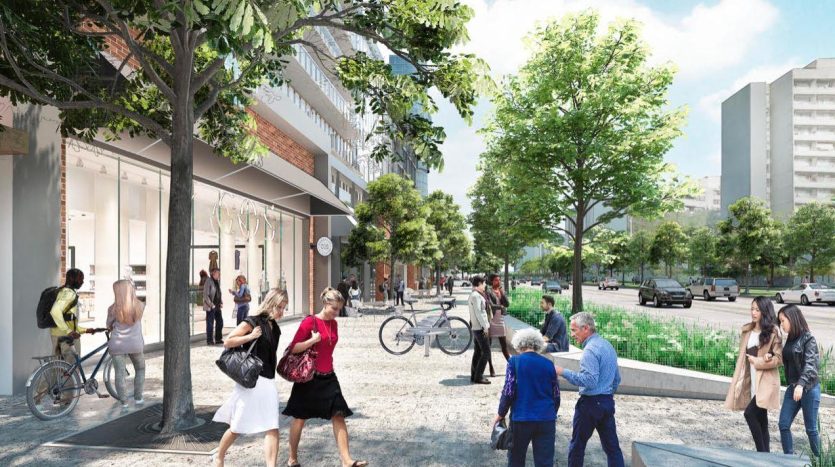 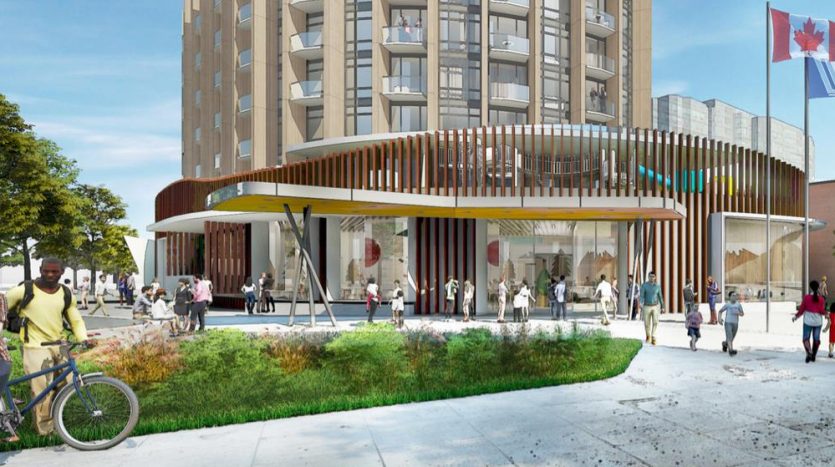 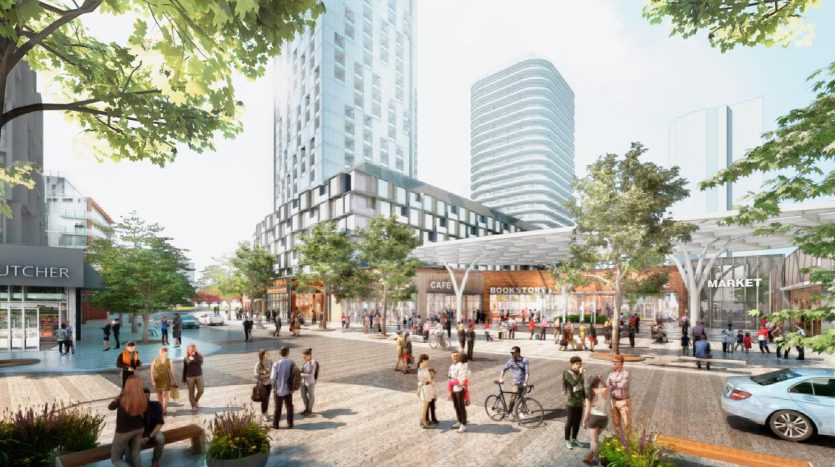 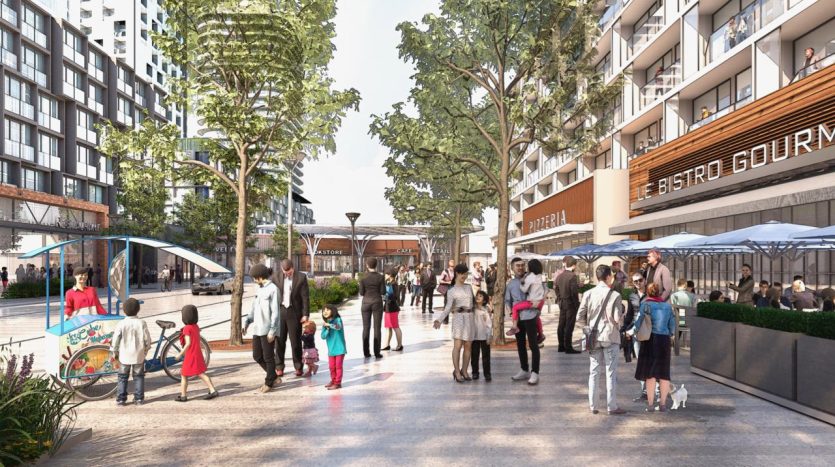 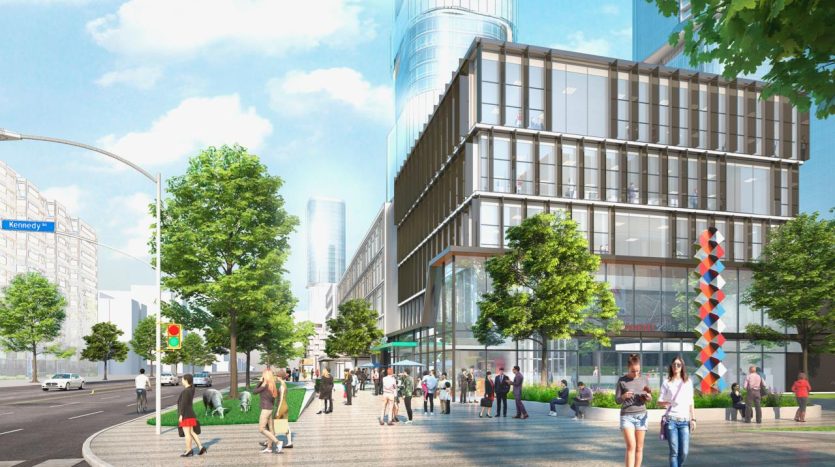 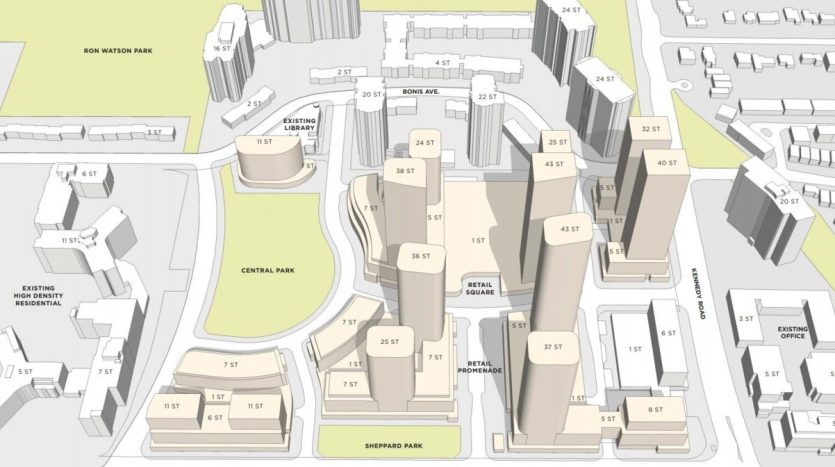 The new 3850 Sheppard Avenue East Condos will be a new mixed-use community in an area primed for revitalization. Built on the site of an existing strip mall, these new Agincourt condos and townhomes will offer residents a livable and walkable community in an well-situated location in Toronto’s northeast.

The new master-planned community at 3850 Sheppard Avenue East will be home to a total of 4,372 residential units. These will be a mixture of 1-bedroom (2,512), 2-bedroom (1,386) and 3-bedroom units (433), as well as 39 3-bedroom townhome units. These will be spread between a collection of ten high-rise buildings, with street-facing podiums containing townhomes and retail shops. These new Agincourt condos will also feature two parks (a small space paralleling Sheppard Avenue and a larger Central Park near the core of the site), as well as pedestrian-friendly designs on the brand new network of streets in the area. A north-south retail promenade will also be included. While a detailed amenity list is not yet available, a day care facility is planned to be included as part of the project. 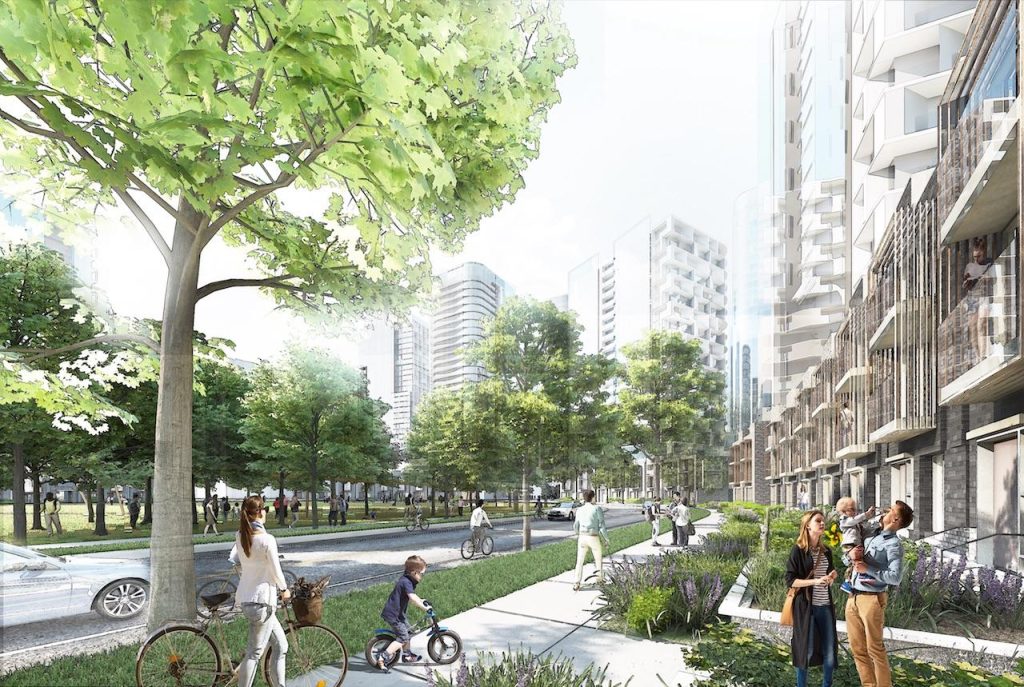 Agincourt boasts some of northeast Toronto’s best parks and recreational facilities, as well as a diverse array of shopping and dining options:

3850 Sheppard Avenue East enjoys excellent bus connections. Routes on Sheppard (#85 and #985) offer direct connections to destinations such as Don Mills subway station, Scarborough Town Centre and the Toronto Zoo (with the Sheppard East LRT planned to fill the same role in the future). Routes #43 and #343 on Kennedy also serve the area, and connect to Kennedy Station on subway Line 2. In addition, just steps to the east is Agincourt GO station, which is set to have service to Downtown Toronto every 15 minutes all day under the Regional Express Rail program. For drivers, Highway 401, Highway 400 and the Don Valley Parkway are all close by. 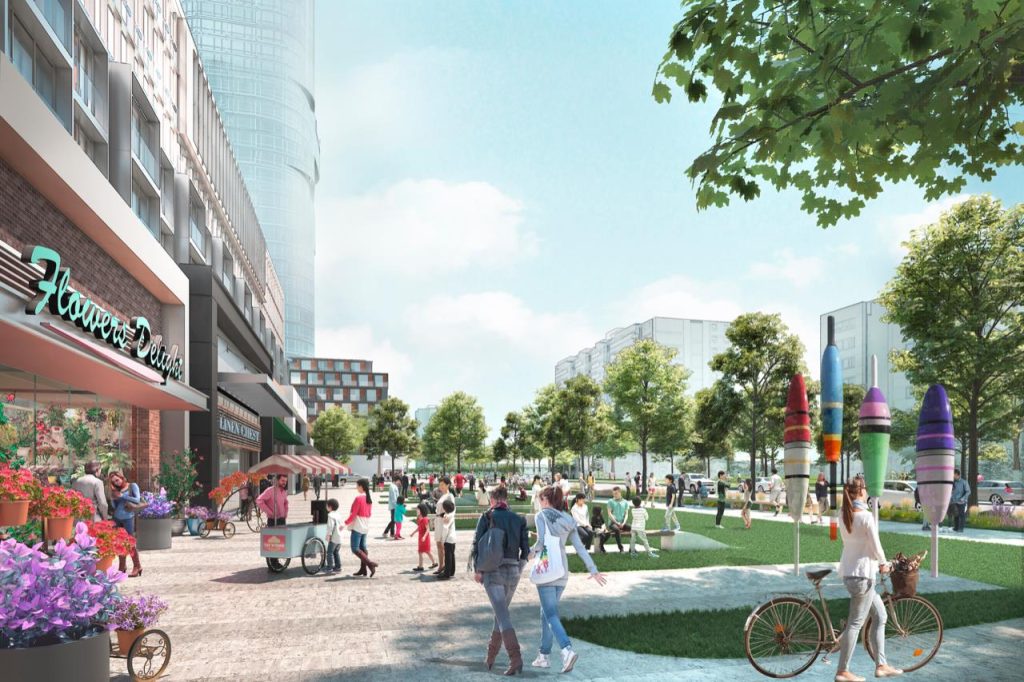 A New Vision For Toronto’s Northeast

The new 3850 Sheppard Avenue East Condos represents the walkable, transit-oriented future of an area of Toronto that is currently neither of those things. Between a master plan designed to create a livable built environment (through a network of expansive park spaces and pedestrian-friendly streets) and numerous transit improvements planned for the area, residents of these Agincourt condos and townhomes will be able to enjoy all the benefits of this revitalization effort. Demand for units in this exciting new community is expected to be quite high, and interested buyers are highly encouraged to register online-which will provide you with first access to the latest info on prices and floor plans. 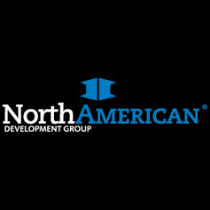 North American Development Group can trace its history back to its founding in 1977.  Since then, it has been the driving force behind over 250 residential, commercial and mixed-use properties throughout the US and Canada. From their headquarters in Toronto,[more]
full info

The new condos at 71 Talara Dr in Bayview Village sit amidst what is fast becoming one of the most exclusive neighb [more]
full info
Tribute Communities
6
Danforth Village, East End, Toronto

The new condos at 10 Dawes Rd are slated to offer a level of transit coverage that is arguably without parallel out [more]
full info
Marlin Spring Developments
1
Danforth Village, East End, Toronto

The new 9 Dawes Rd Condos sit in a section of Toronto that, while …[more]

The new 9 Dawes Rd Condos sit in a section of Toronto that, while already thriving and rich with amenities, is prim [more]
full info
Minto Group
4
Parkdale, Toronto, West End