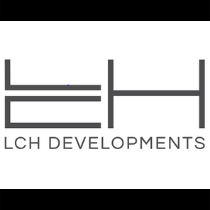 Since its founding, LCH Developments has set itself apart from the competition through their commitment to seeing residential spaces as more than just places to eat and sleep. Rather, they aim to create living spaces and communities that residents will be proud to make their home. LCH starts by conducting a full assessment of the neighborhood surrounding the project site. This is achieved through a combination of community engagement and extensive research. The company looks to build in neighborhoods with a prime location, as well as strong development potential that is currently being underutilized. This combination of knowledge and innovation has allowed LCH to successfully steer a diverse portfolio of projects to completion.

One6Nine Jones. This intimate community of townhomes consists of just 12 units, over half of which feature spacious rooftop terraces. The surrounding neighborhood of Leslieville is one of Toronto’s most vibrant. Some of the city’s best restaurants and an eclectic mix of independent shops can be found along both Queen Street East and Gerrard Street East. Additionally, both thoroughfares feature 24-hour streetcar service, while bus service is also available along Jones Avenue. The large Greenwood Park is within walking distance, and is home to a variety of recreational activity options.

Evergreen Towns. Situated on Dundas Street East, Evergreen Towns is located amidst several historic and popular neighborhoods. To the north lies Chinatown East, while to the south is Riverside. Both are home to a diverse array of shopping and dining options (Riverside in particular has undergone a massive revitalization in recent years). Additionally, residents can reach nearby Bruce Mackey Park in just minutes, while the stunning views of Riverdale Park East are also easily accessible. The #501 Queen, #504 King and #506 Carlton streetcars all run within walking distance. Together, they provide several different ways to access Downtown Toronto and points to the west. 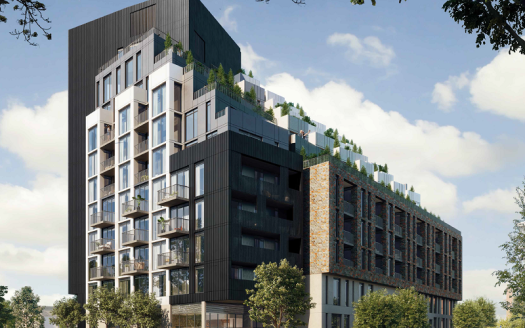