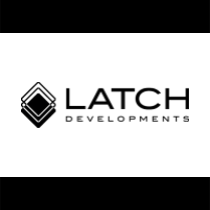 Maximizing walkability and pedestrian friendliness has been the top priority at Latch Developments since it was founded. Making the pedestrian experience as positive as possible is beneficial for both new residents and longtime neighborhood inhabitants. In addition, the company recognizes that these improvements are only worthwhile if done in a place people will want to live. Thus, Latch Developments always picks sites located in thriving urban neighborhoods that adhere to the company’s vision.

Company president Mark Nufrio brings to the table considerable industry experience. Prior to founding Latch, he worked at Onni Group for seven years and oversaw the development of several successful mid-rise and high-rise projects throughout the GTA-including the master-planned Westlake community in South Etobicoke. Nufrio recognizes the benefits of vibrant and walkable neighborhoods. Thus, he oriented his company towards building in that type of community. Projects overseen by Latch feature streetscape improvements and inviting landscape designs. In addition, the company focuses on creating mixed-use developments rather solely residential or commercial ones. Street-level retail helps a new development blend seamlessly with the surrounding area, and provides building residents and others who live in the neighborhood with better shopping and dining options.

Local at Fort York Condos. During his time with Onni Group, Mark Nufrio played a major role in the development of this 15-story complex. The surrounding neighborhood includes all the traits that Nufrio and his team at Latch believes make a neighborhood great. Area streets teem with street-level retail, while three separate streetcar routes serve the neighborhood. In addition, the myriad amenities of the Toronto Harbourfront are just a short walk away. Both Union Station and Billy Bishop Airport are also nearby. Inside the building, residents can enjoy a rooftop terrace and a garden.