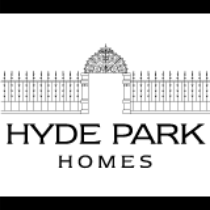 Hyde Park Homes has extensive experience in the development and construction of all manner of real estate projects. While they have a history of successfully completing residential, mixed-use and commercial projects, in recent years their focus has shifted towards townhome and condominium projects. The company has been led since 1998 by CEO Gary Freedman, who took over Hyde Park following a lengthy career in the legal field. He has overseen the company to great success, and has done so with the aid of a highly experienced team that brings to the table years of industry expertise-not to mention a recognition of the benefits of collaboration.

The King East. This 14-storey, 215-unit condominium community was completed in 2012. Located at the corner of King and Parliament, The King East anchors the fast-changing community of Corktown. To the east and west along King Street, new condos and high-end shops coexist with historic business and residences. To the south lies the Distillery District, which serves as the district’s main cultural hub and a popular space for events year-round. The #504 King streetcar offers service every ten minutes or better, and the #501 Queen route runs just a few blocks to the north.

Riverside Towns. Situated in the heart of the East End’s Riverside neighborhood, Riverside Towns comprises 63 units. Just to the south, Queen Street East is lined with some of the city’s most exciting new bars and restaurants. A short walk to the west lies Joel Weeks Park, while a short streetcar ride to the north is Riverdale Park West and its stunning views. The #501 Queen, #504 King and #505 Dundas streetcars all run within walking distance, providing multiple ways of accessing Downtown Toronto. Additionally, the neighborhood will also be served by the Ontario line upon its completion later on in this decade.