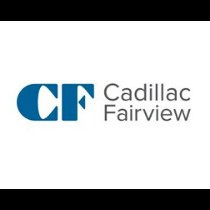 Cadillac Fairview Corporation is one of the most respected brands in Canada. With a portfolio valued at around $32 billion, the company maintains ownership of a diverse variety of assets-including residential, retail and commercial properties throughout the country. These include the Toronto-Dominion Centre, Eaton Centre and Vancouver’s Pacific Centre.

Cadillac Fairview has its roots in two separate companies: Cadillac Development Corporation and The Fairview Corporation. Cadillac established a reputation for innovative design techniques in apartment buildings, such as the addition of modern features that are now standard for all new homes.  At the same time, Fairview became a leader in the commercial and retail real estate business, with their landmark project being the TD Centre. Soon, executives at both recognized that the two firms complimented each other’s strengths very well. A merger was planned, and Cadillac Fairview Corporation was formed in 1974. Since then, the company has expanded its operations into the U.S, and has become Canada’s main owner of retail properties.

Residences at the Ritz-Carlton. Completed in conjunction with Graywood Developments, Residences at the Ritz includes 153 spacious housing units. The building is located in the heart of Downtown Toronto, and is just steps away from St. Andrew subway station, the #504 King streetcar route and the vast range of employment centres found throughout the Financial District. Inside the building, available amenities include:

Ice Condominiums. Rising to a height of 67 storeys and including 696 residential units, Ice Condominiums were built in partnership with Lanterra Developments. In addition to being located down the street from both Scotiabank Arena and Union Station, this distinctively-designed development boasts easy access to the city’s scenic waterfront. Available amenities include: